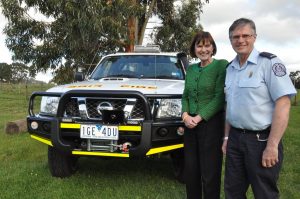 The historic gold mining town of Blackwood has long been protected by the fire brigade and tonight nine of its members were honoured for dedication to their small community.
Member for Macedon Mary-Anne Thomas represented Minister for Emergency Services James Merlino at the Blackwood Fire Brigade Awards, where three CFA Service Awards, six National Medals and a Commendation for Service were presented.
Brigade members John (Ian) Steward and George Stockdale, clocking up 40 years and 60 years of services respectively, both received National Medals for their dedicated service to the community.
National Medal recipient Thomas Pywell also received the Commendation for Service Award in recognition of the courage he displayed at the scene of a vehicle accident, where he supported the critically injured, putting sanctity of life before his own discomfort in exceptional circumstances.
Ms Thomas thanked the nine honourees for playing an integral role in their community, fighting grass fires, bushfires, attending motor vehicles accidents, and supporting neighbouring brigades in the Moorabool Shire.
As part of today’s celebrations, Ms Thomas also officially handed over the keys to a new $112,000 Ultralight Nissan Patrol Tanker.
The government provided almost $95,000 for the vehicle, courtesy of the Victorian Government’s Volunteer Emergency Services Equipment Program (VESEP), with the brigade also contributing over $17,000 thanks to their fundraising efforts and generous donations from local community groups.
The new, state-of-the-art vehicle will help Blackwood’s brigade members continue their incredible tradition of community service.
Being a lighter vehicle, it will be used as support to Blackwood’s tankers and will be useful in the dense bushland of the Wombat State Forest and Lerderderg State Park.
Quotes attributable to Member for Macedon Mary-Anne Thomas MP “I want to thank all members of the Blackwood Fire Brigade for their exemplary service and dedication to the community, especially those receiving service awards and national medals tonight.” “Blackwood Brigade’s volunteer members are the backbone of their small community, and while its members don’t volunteer for awards, they deserve this special recognition.” “The Victorian Government is proud to be supporting the Blackwood Fire Brigade, providing grant funding through the Volunteer Emergency Services Equipment Program for its new Ultralight Nissan Patrol Tanker.” 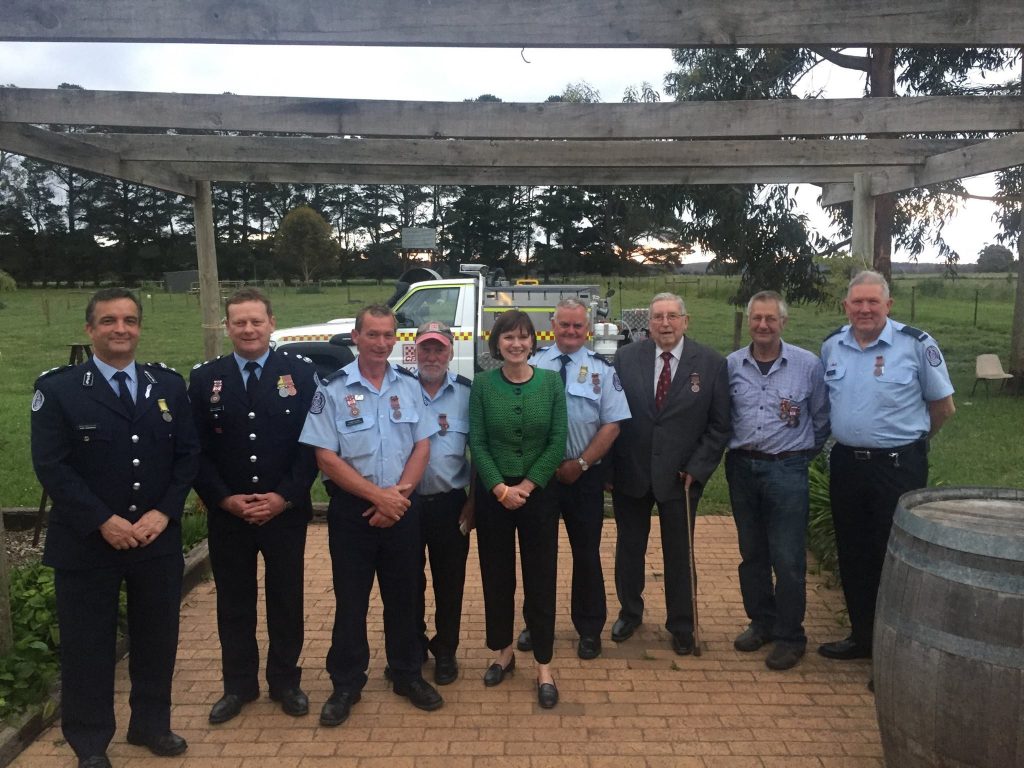 Awarded in recognition of service given to CFA

Awarded for diligent long service to the community in hazardous circumstances, directly protecting life and property

For service of a meritorious nature or outstanding actions

Thomas Pywell for outstanding actions at the scene of a car accident. Mr Pywell quickly ascertained the condition of the injured occupants, and provided constant verbal contact and comfort with a severely injured passenger. He upheld the highest ideals of the CFA putting sanctity of life before his own discomfort in exceptional circumstances.

This site uses Akismet to reduce spam. Learn how your comment data is processed.

The Blackwood Times acknowledges the Wurundjeri people of the Kulin Nation, the Traditional Owners of the land, waters & forest where we live & work. We pay deep respect to Elders past, present & emerging.

We use cookies for various purposes including analytics and personalized marketing. By continuing to use the service, you agree to our use of cookies.