NBN: how badly do we want it?

from the desk of Catherine King MP 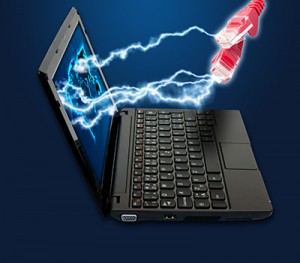 Leaked documents have confirmed large areas of Ballarat are being punished with a badly delayed & 2nd rate NBN to protect Malcolm Turnbull.

The leaked document from inside Malcolm Turnbull’s chaotic NBN Co reveals that a trial rollout to homes in Buninyong & Mount Helen proved the cost of building Labor’s superior Fibre-to-the-Premise version of the NBN is falling.

The leaked document also shows the time needed to provide Labor’s superior FTTP to all homes & businesses in Ballarat is coming down. The document confirms that Malcolm Turnbull has been lying to Ballarat residents about how much it costs to connect to Labor’s superior fibre NBN.

It confirms there is no need to deny people in Ballarat west of Lake Wendouree the superior FTTP, & instead force them to wait until 2018 to get Malcolm Turnbull’s 2nd rate copper NBN.

It proves the only reason that Malcolm Turnbull is not delivering on his promise to connect all homes & businesses in Ballarat to the real NBN is politics.

Malcolm Turnbull is so arrogant that he won’t just admit he got it wrong.

He promised his 2nd rate NBN would be built for $29.5 billion—that cost has almost doubled to $56 billion.

He promised that his 2nd rate NBN would be rolled out to all homes & businesses by the end of 2016—a promise he knew was never going to be kept.

Malcolm Turnbull had one big job as Communications Minister – to build the NBN – it is now clear that he was an utter failure.
Instead, Malcolm Turnbull’s NBN has left a digital divide – where some Australians have access to the real NBN, & others are stuck using a decaying copper network.

FROM THE EDITOR: On receiving this release The Blackwood Times asked Catherines’ office “in regards to the NBN, what implications will this have for the Blackwood, Greendale, & Dales Creek areas?” Following is the response we received “Short version: With Blackwood, Greendale & Dales Creek scheduled to get NBN access sometime in late 2017(I think)) Under the current model, residents of those areas will need to pay to be connected to the Node (FTTN), which is basically a cost of up to $3000 per household. (This cost is based on distance from the node, i.e: For a customer living 500 metres from a node, for example, the charge is about $2,250)
With the new model, it has been shown that a test system based around a connection (by the government) direct to the household (FTTH), rather than to the node is significantly cheaper than currently budgeted.
With the total cost of the NBN blowing out to $56 billion under the Liberal to-the-node model along with longer wait times & a worse service for community members, we think the government should be more open with the results of their test sites, & reconsider the FTTN model, replacing it with a FTTH model.”
If you go to http://www.nbnco.com.au/develop-or-plan-with-the-nbn/check-rollout-map.html you can see NBN is ‘not currently available’ which is defined as “… Building the nbn™ network hasn’t commenced in your area as yet. The nbn™ network is designed to provide Australians with access to affordable high-speed internet & telephone services, regardless of where they live.”

This site uses Akismet to reduce spam. Learn how your comment data is processed.

The Blackwood Times acknowledges the Wurundjeri people of the Kulin Nation, the Traditional Owners of the land, waters & forest where we live & work. We pay deep respect to Elders past, present & emerging.

We use cookies for various purposes including analytics and personalized marketing. By continuing to use the service, you agree to our use of cookies.